And that's how I remember to draw a basketball hoop.

Tonight was a very educational night.
I went to Jordan Makin's House.
(You can read his blog here.) 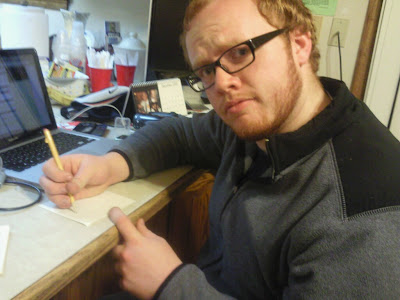 Anyway.. I learned a lot from Jordan tonight.

1. He taught me everything there is to know about basketball.

You know.. about what the Point Guards, Shooting Guards, Small Forwards, Power Forwards, and Center Players do. After all, I am the Assistant Coach this year for the A-Star team, Sick Nasty. I should probably know a little bit about which individual person should do. I even went to the Draft and helped pick teammates. How's that for authoritative?

2. I learned how to remember to draw a Basketball Hoop.

First, you draw some water. Then you draw a dolphin leaping out of the water. Now, this dolphin's face is slightly askew. You see, a truck hit him, and that is why his snout is shaped like a square. His jaw is shaped like a boulder because when he was younger, he tried swallowing a boulder and it permanently shaped his jaw that way. Because of this dolphin's abnormalities, he drools kind of a lot. And he always eats chex, so make sure to get chex in his drool.

And that's how I remember to draw a basket ball hoop.

3. How to draw a helicopter.

First you draw an apple (with a stem) then you take a square-like bite out of the apple. Draw a little worm inside of the bite and extend his tail. Then draw two sideways pizza's from the stem. Add toppings. And a crust.

And that's how I remember to draw a helicopter. 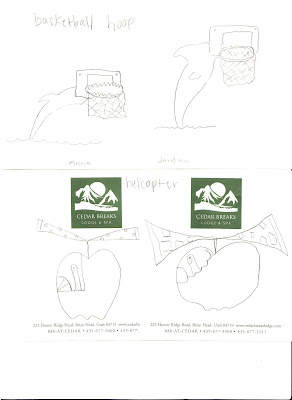 4. I learned the ground-breaking technique in drawing Santa Claus.

First you draw a sideways seal. Then you draw his best friend seal holding a basketball with his tail. Now, these two seals are sitting on a rock... with strange markings, and two holes in it. Then you can't forget the waterfall coming out both ends of the rock!

And that's how I remember to draw Santa Claus.

First you are going to draw a penguin. To do this you will need to start off by drawing the shape of a pear. Then draw his white fur in the shape of a nose. Now this little eyes. And... this penguin doesn't have a beak. But it does have an ocean on top of its head, with a sharks fin coming out of the ocean. Then you are going to draw another penguin. The white fur on this one is shaped like a bow-tie. And his fins are muscly.

And that's how I remember to draw an elf. 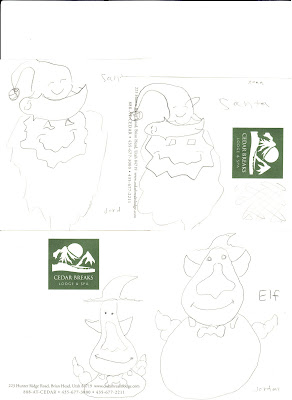 6. How to draw a butterfly. 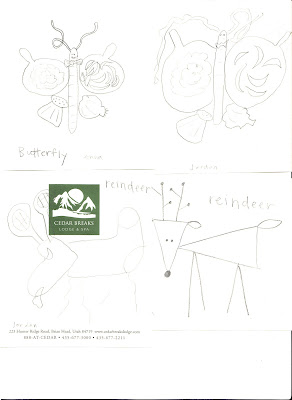 9. How to remember to draw a RITZ cracker box. 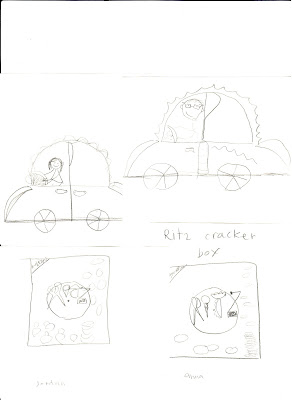 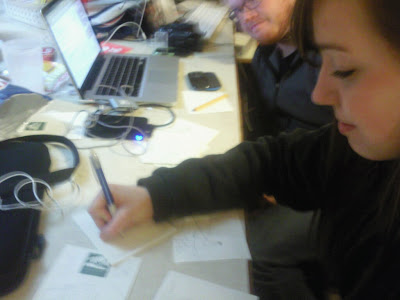 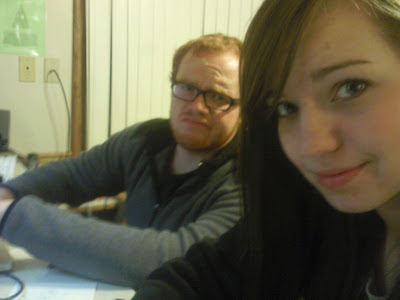 If you would like drawing lessons, please contact Jordan. I am sure that he would be more than willing to help you learn how to remember to draw just about anything.

Hey, it's Erin. Anna's big sister. I'm taking care of this here blog while she's serving her LDS mission. I also took the liberty of re-naming her blog whilst she is away. Bless Her Alma? Before Anna left she would always say Bless her good Christian soul (or something to that effect). Now, she'll write in her letters Bless Her Alma {apparently Alma in Spanish means soul?}. And, well, Every time I read one of her letters, I always seem to think Oh Anna. Bless her Soul. So there you have it.