I was talking with someone about all of the boys that I have ever had a crush on.. She told me that I should probably write them down so I don't forget.
Here we go (per grade):
1st: Taylor Jackson (Taylor J.)
We never broke up. I'm pretty sure him and I are still dating.. Him and I would pass notes to one another, and save eachother seats on our reading rug. Oh, Taylor J.. You had my heart. Too bad you had to move away to a new school.
2nd: Taylor Wilson (Taylor W.)
My liking for Taylor W. quickly deminished when he called me to bring my picture to school. I brought it the next day, and gave it to him during recess. I must have chosen a bad time to give it to him.. with all of his friends standing around. He became embarassed and as a result, crinkled up my picture, spit on it, and then threw it down into the sewer. I was crushed!
3rd: Bryson Gilbert
Bryson was in my reading group. He was one of the smaller kids, but that didn't matter. I always tried to be very suttle when standing behind him in line, or sitting next to him during our reading disgussions. Oh, Bryson.
4th: Jeffery Morley
Jeff was the greatest at the game, 500. That is all I wanted to do during recess, was play 500 with Jeffery Morley.
5th: JT Hudson
There was never a chance with JT Hudson. He had a girlfriend, and there was nothing that I wanted more then to have something that I couldn't have. I remember JT and Bryson were best friends. They had this game called ZAP where you write someones name on their hand, and they aren't allowed to look at it until recess. Once the name was revealed, that person had to ask out whosever name was on their hand. JT wrote Bryson's name on my hand, and when Bryson came over to ask me out.. all I said was "Ummm.. NO! I don't date boy's until I'm 16!" hahaha.
6th: Shawn Taylor
Shawn Taylor was a skater boy. He was the one always getting in trouble by our teacher, Miss Moss, and who always had a finger board in his pocket. I didn't start liking Shawn Taylor until he asked if he could teach me how to use a finger board. Oh, I was in love. Shawn also brought a tiny stuffed bear to class so that our class could have a mascot. We named the bear Cuddles. He hung in the center of the class room from the pulley string attatched to the projector screen.
7th: Bryson Gilbert (again)
He just had my heart.
8th: Sam Wilkey, Tanner Wilson
These two were best friends, and when one was being rude to me, I'd switch over to liking the other.
9th: Roland Burnett, Devin Piney, Waylon Huffman, Preston Francis
This is when I really started becoming boy-crazy as some would call it. Roland Burnett was the first boy that I ever held hands with. We'd sit on a couch, watch a movie, and not move a single muscle during the whole movie. Those palms became fetching sweaty! So gross!!!
10th: Brennan Lethbridge, James Bullinger, Adam Christiansen
Brennan recieved kiss #1 about 2 days after my 16th birthday. We were in a car, and he leans over to me and asks, "Hey, could I trouble you for a kiss?" Ohhhh, dear. Then James I met in math class. He would come sit by me after our math lecture and we would exchange funny stories. I met Adam at efy. He get's kiss #2. That relationship didn't last long either. For my birthday he drew a picture of me... See post #1
11th: Adam Rogers, James Bullinger
I went to my Junior Prom with Mr. Adam Rogers. He was on student counsil. I wore my favorite dress to that dance. 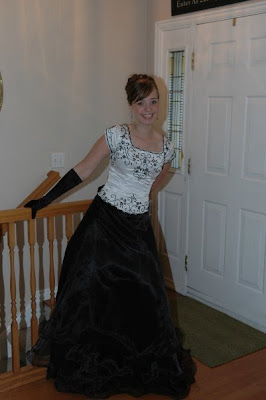 12th: James B., Preston Francis
James and I dated for 7ish months. We would do things like: climb on nets in discover park, explore haunted houses, dye easter eggs, play hide and seek.. etc. That was a fun time. Preston made me a True Aggie up at Utah State. I would go down to the lake where he worked, and we'd go out on the paddle boat. Those things are a freaking work out!
College Freshman: Jacob A. Wagner (:
dated for 4 months. Sent him off on the mission. He and I write. A lot. He comes home in 5 months!

Hey, it's Erin. Anna's big sister. I'm taking care of this here blog while she's serving her LDS mission. I also took the liberty of re-naming her blog whilst she is away. Bless Her Alma? Before Anna left she would always say Bless her good Christian soul (or something to that effect). Now, she'll write in her letters Bless Her Alma {apparently Alma in Spanish means soul?}. And, well, Every time I read one of her letters, I always seem to think Oh Anna. Bless her Soul. So there you have it.